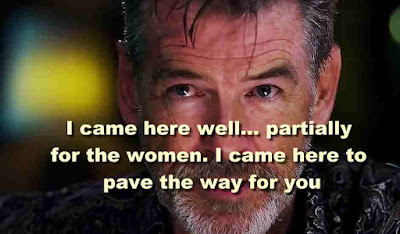 In an unnamed country in Southeast Asia (Thailand), the prime minister is in a meeting with a diplomat about a crisis at his residence on a calm night. A few minutes later, gunshots are heard. A security agent runs toward the sound and sees both the prime minister and diplomat dead, murdered by a group of rebels with red scarfs wrapped around their necks. The man encounters the armed rebels, and, realizing he is outnumbered, he grabs a dagger and slashes his own throat.
The hero tries to save his two daughters and wife and get out of Hell.
Starred by Owen Wilson, Lake Bell, Sterling Jerins, Claire Geare, Pierce Brosnan, Thanawut Ketsaro, Chatchawai Kamonsakpitak, 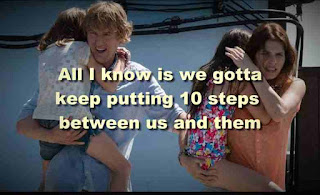 Annie: What did you see outside? -
Jack: There's like a war going on out there.”
Jack Dwyer: What are you? British CIA?
Hammond: Something like that
Jack Dwyer: [motions to Kenny] Him too?
Hammond: [Hammond nods] Look I came here more for the women
[grins]
Hammond: well... partially for the women. I came here to pave the way for you

Jack Dwyer: I killed someone. 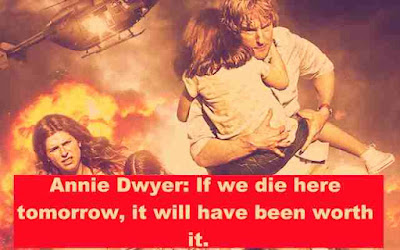 Annie Dwyer: If we die here tomorrow, it will have been worth it.

Beeze Dwyer: [hiding in debris] Mommy, I have to go potty.
Annie Dwyer: Just, um... It's okay, just go in your pants, okay.
Beeze Dwyer: But, I'm not a baby.

Jack: Annie, listen to me. Over there we have a chance.
Annie: Over there, we don't know what's over there.
They could be the same kind of people over there.
Jack: All I know is we gotta keep putting 10 steps between us and them.” 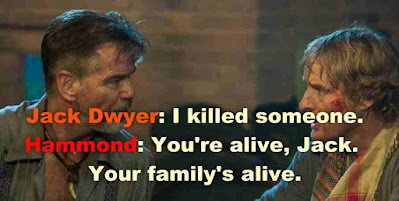 Beeze Dwyer: [peering over her airplane seat] What happened to your hand?
Hammond: I had a fight with a tiger.
Beeze Dwyer: Really?
Hammond: Really. Don't worry, though. He got it worse than I did.
Next Post Previous Post
No Comment
Add Comment
comment url
Movies Quotes