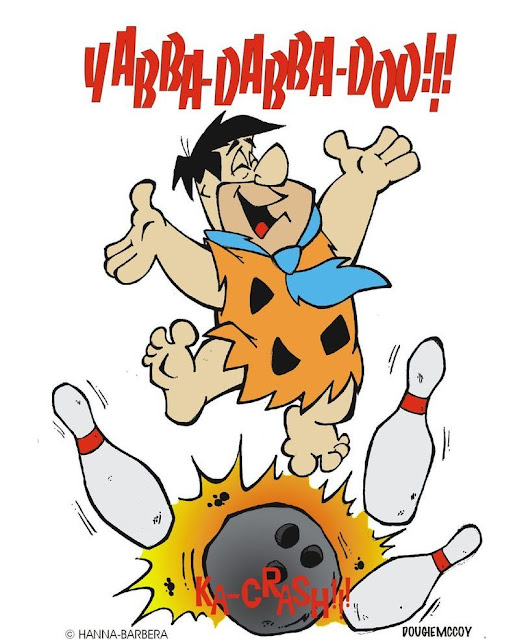 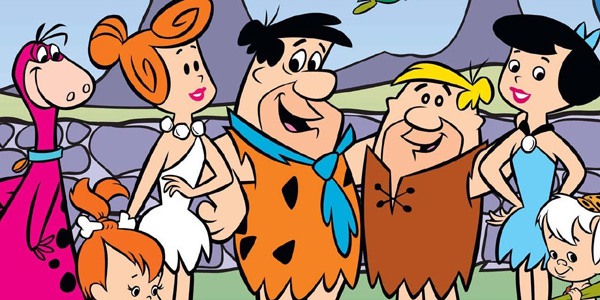 Fred Flintstone: Where's your get up and go?
Barney Rubble: It just got up and went. 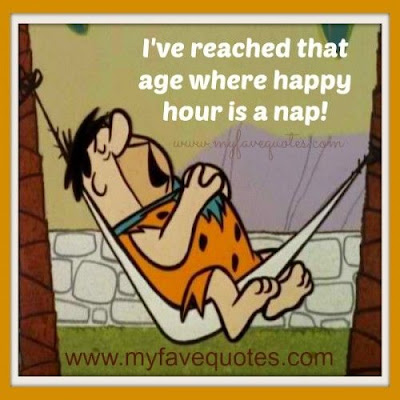 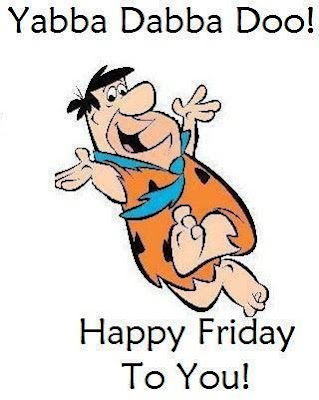 Wilma Flintstone: I work hard all day, too, and what do I get? A lot of yak from you. You at least get out every day, see things, talk to people. I never get out of this cave. 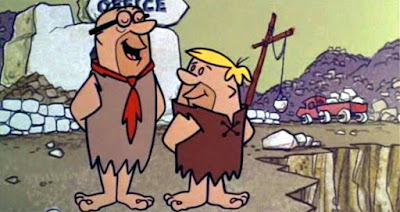 Fred Flintstone: [when Barney suggests he tell the truth about a crazy situation] What is this mania you have with telling the truth? You must have been weaned on sodium pentathol or something.

Fred Flintstone: [after being called a "loudmouth"] YES I AM! SO WHAT? YOU WANT TO MAKE SOMETHING OUT OF IT?

[Fred and Barney have just run into another car]
Fred Flintstone: Hey why don't you hold out your hand when you're making a left turn?
Rock Quarry: Left turn? I was going straight.
Fred Flintstone: Look buster, you're at fault, and I can prove it. I got a disinterested witness here, my neighbor and best friend Barney Rubble. Go ahead Barney, tell him just how it happened.
Barney Rubble: You drove through a boulevard stop, Fred, and hit that man's car.

[Fred goes to try out the Barney-copter and doesn't get far off the ground]
Barney Rubble: Hey, you're too fat, Fred!

Wilma Flintstone: [while Alvin Brickrock, an Alfred Hitchcock lookalike, is at the Flintstones' front door] Do you know the Rubbles?
Barney Rubble: We've never met, but I've admired your footwork many many times. 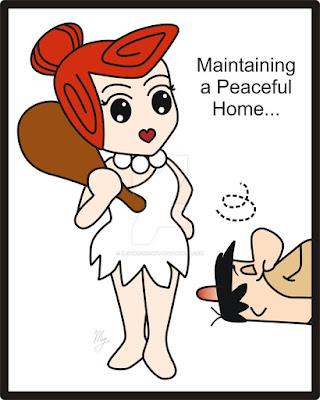 Fred Flintstone: [while reading from an issue of "Weird Detective" magazine] Hmmmm, here's the "Crook of the Month" - "Fifteen thousand reward for information leading to apprehension of Albert Bonehart - wanted for questioning in disappearance of three former wives - Bonehart's fourth wife was last seen in a railroad station - in a valise, a ladies hat box and an executive's brief case." Well, that's one way of sending your wife to the country.

This is Your Life Saver

Wilma and Betty: Melville J. Muchrocks is a crook.
Fred: Muchrocks a crook? Are you sure?
Wilma: Absolutely, he's wanted by the police.
Betty: We heard him described to a T.
Fred: Wilma, do you know where they went?
Wilma: They said they were going to the amusement park and then to dinner. Oh my poor mother.
Fred: Don't you worry sweetheart, you leave it to me. Barney.
Barney: Yeah Fred?
Fred: C'mon, let's go.
Barney: Right Fred.
Fred: You ever play football, Barney?
Barney: Yeah Fred, why?
Fred: Because you're going to run interference while I intercept a proposal.l.

Wilma: I work hard all day, too, and what do I get? A lot of yak from you. You at least get out everyday, see things, talk to people. I never get out of this cave.

Fred: I love my dear sweet mother in-law. My mother in-law is a doll.
Attendant: Are you feeling alright, mister?
Fred: Huh? Yeah. Yeah, I'm okay.
Attendant: Good. Good. You just stay in here and rest. That hot sun out there is a killer.
Fred: Poor guy, he must have been standing in it for hours.

TV Host: Hi, Peek-a-Boo fans! As you know, last week was one of our funniest shows, and we've received thousands of letters asking us to repeat it! [chuckles]
Fred: Oh, no; they're repeating it!
TV Host: So, tonight, we'll show some of the funniest scenes from...the bachelor party!
Wilma: Fred!
Betty: Barney!
Wilma: Why, they told us they're going to a...FRED FLINTSTONE!
Betty: BARNEY RUBBLE!