Theodore "T-Bag" Bagwell, played by Robert Knepper, is a fictional character from the American television series Prison Break. He is part of the main group of characters in the series and is part of the Fox River Eight. After guest-starring in the series' second episode, "Allen", the actor became one of the regular cast members. 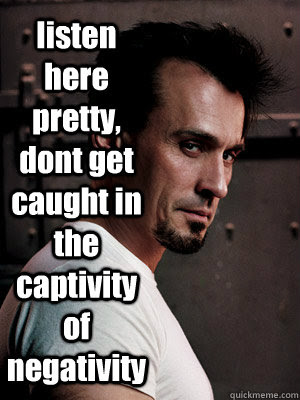 T-Bag: "And be kind to one another, tenderhearted, forgiving each other, just as God in Christ forgave you." Ephesians 4:32. Let's forgive each other, Lincoln, Michael. In God's name, 'cause there's too much pain. There's too much hate in our hearts.
Lincoln: We took a vote. You're in luck.
T-Bag: Oh, lucky day.
Michael: What we voted on was whether or not you took a stick of gum on the van ride back to prison.
T-Bag: [yelling] You rot in hell, both of you! 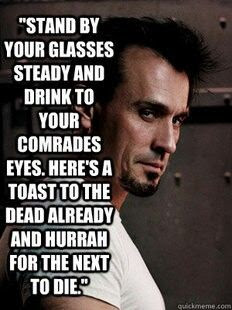 T-Bag: You know, I was always thinking the way I was gonna get revenge on Scofield was to kill him. Just driving that knife right into his bleeding heart. And now standing here looking at you, I'm thinking there's something worse than death for him.
Sara: Please, no.
T-Bag: I'll return you in one piece. But that piece gonna be a little used, that's all. And every time he looks at you, every time he wants to be with you, he's gonna see me. 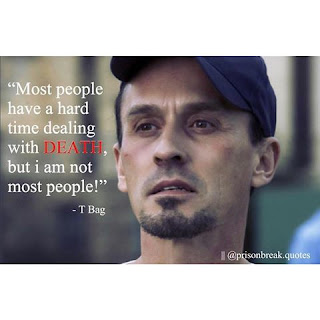 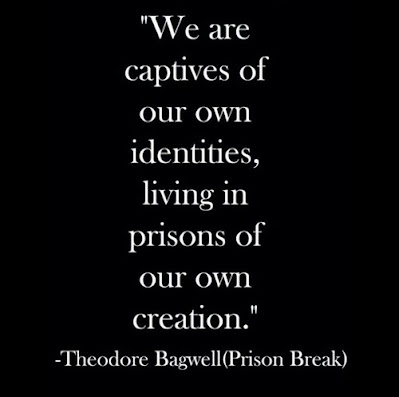 General Krantz: Well, if things go as well as expected here, You'll be rewarded accordingly.
T-Bag: As a special liaison to the Company?
General Krantz: Yes.
T-Bag: What exactly does that entail?
General Krantz: Well, that would be up to you. Most Company operatives choose their own career path, though I can't say what would suit you. What do sexual predators from Alabama typically do, uh, aside from the obvious? 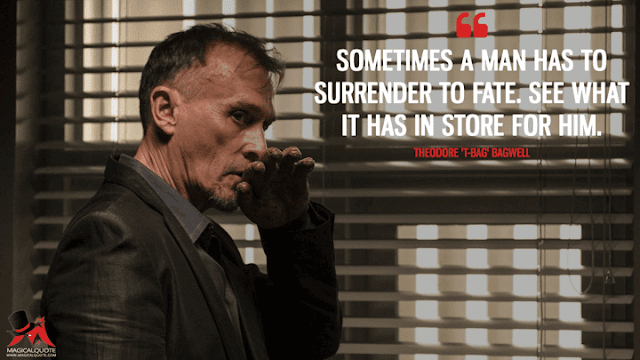 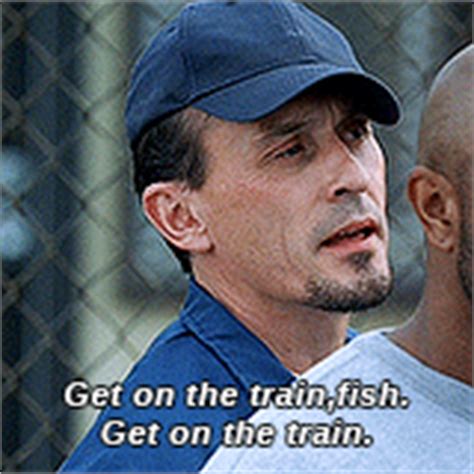 [T-Bag is readying to kill Ralph, a Bible salesman]
Rita: Don't do this.
T-Bag: I told you to go back yonder, okay? You don't want to see this! Cole Pfeiffer ain't here no more. Just ol' T-Bag.
Ralph Becker: Our Father who art in Heaven. hallowed be thy name-
Rita: You want to be free? Start now. Right, this minute. If you pull that trigger Cole Pfeiffer is gone forever. 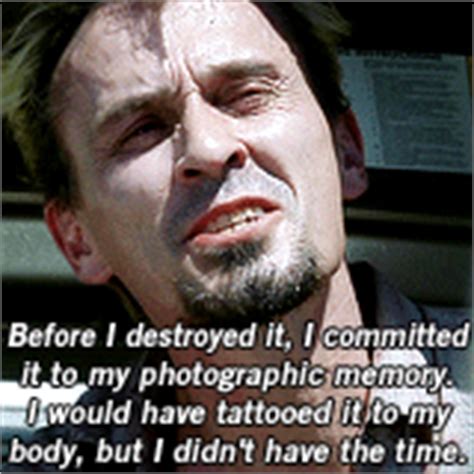 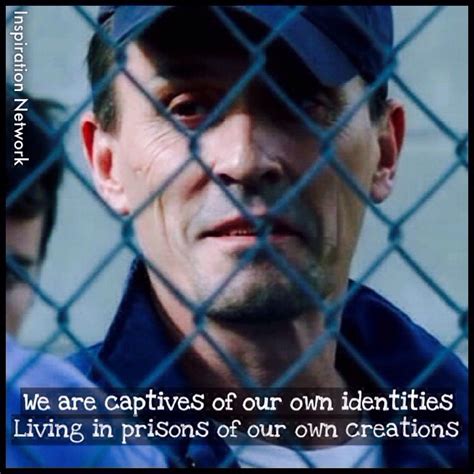 T-Bag: I was Cole Pfeiffer. Respected businessman. Top salesman in the Northeast Region. Now I'm back being prisoner of my own identity. Theodore Bagwell. Convict. To hell with it. We are who we are, right? 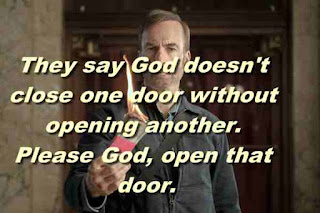 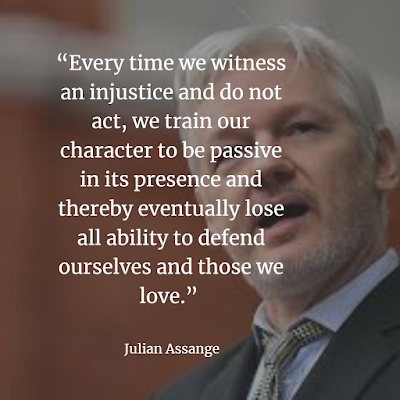