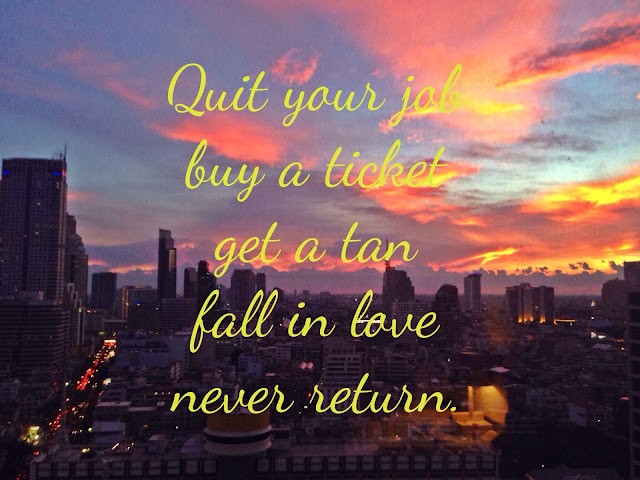 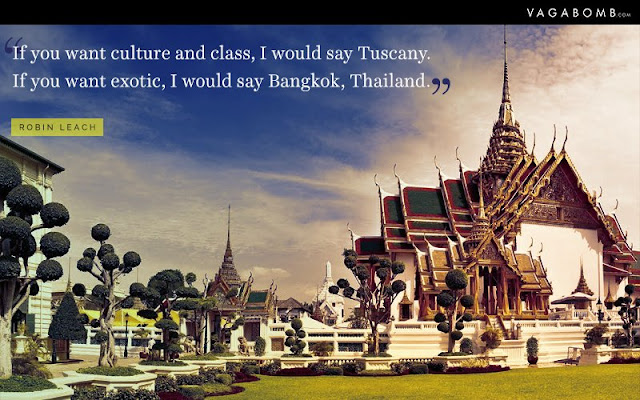 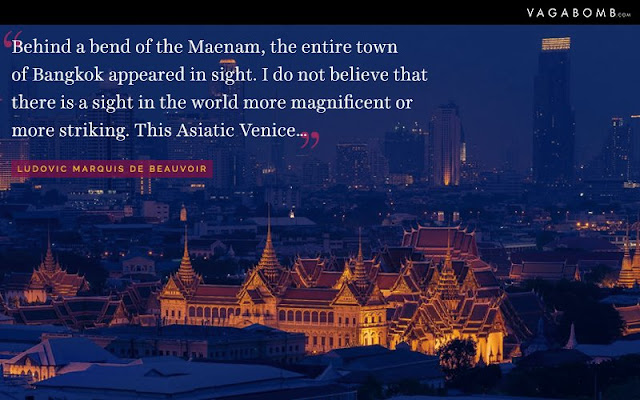 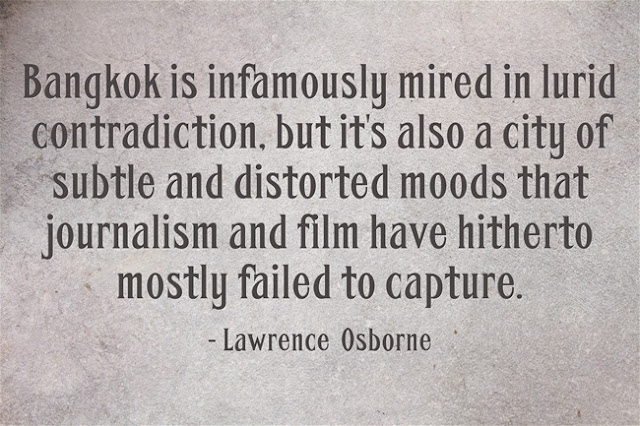 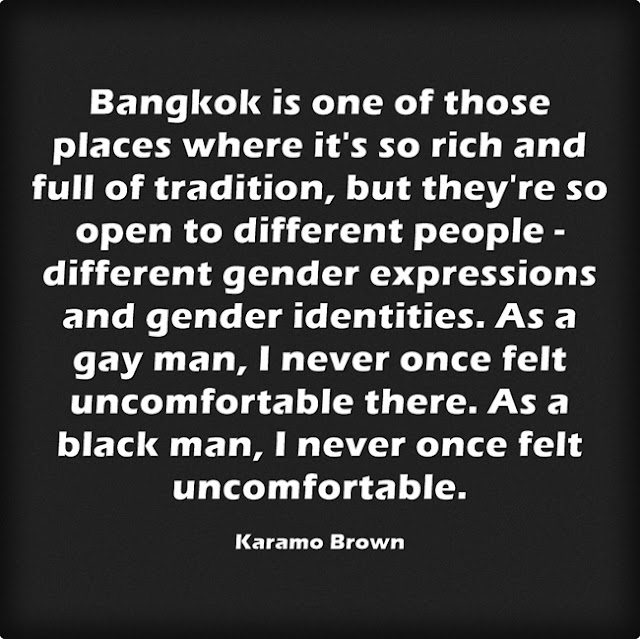 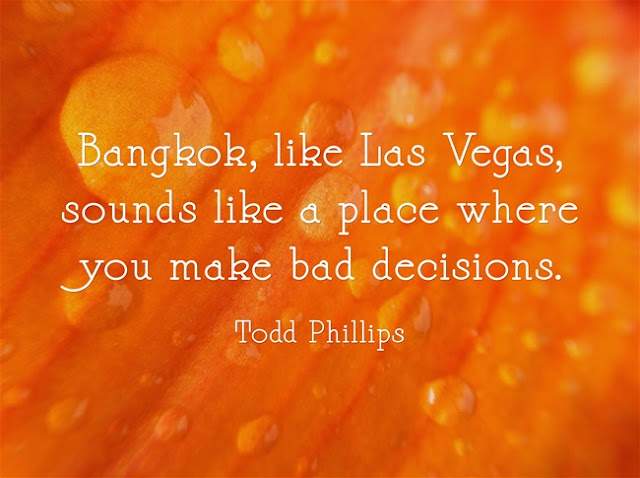 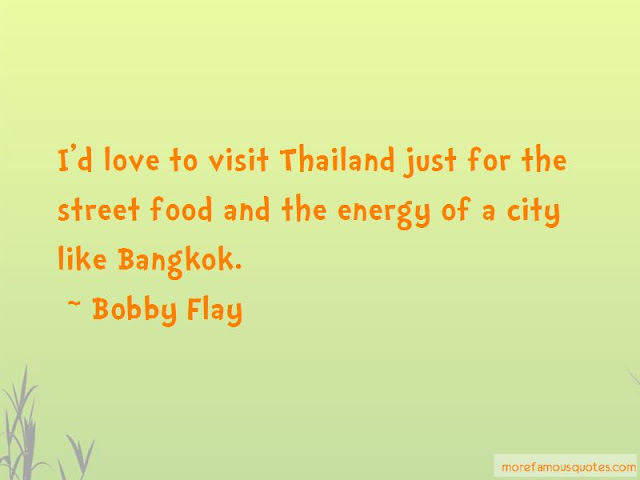 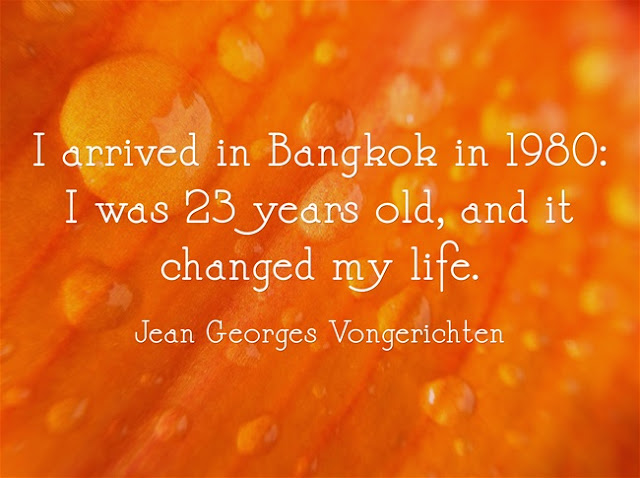 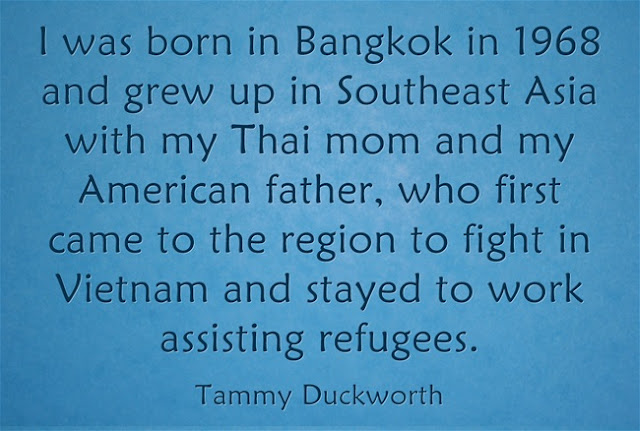 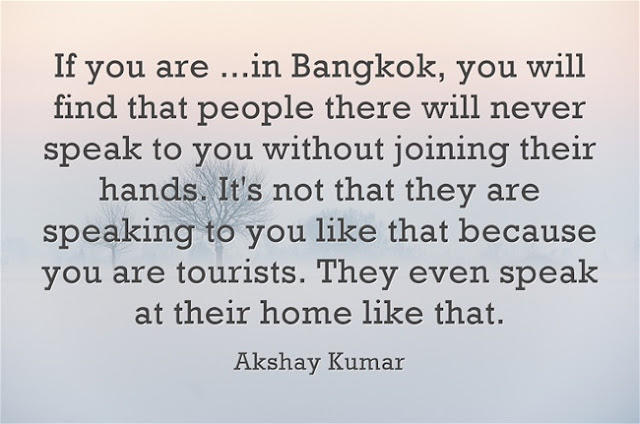 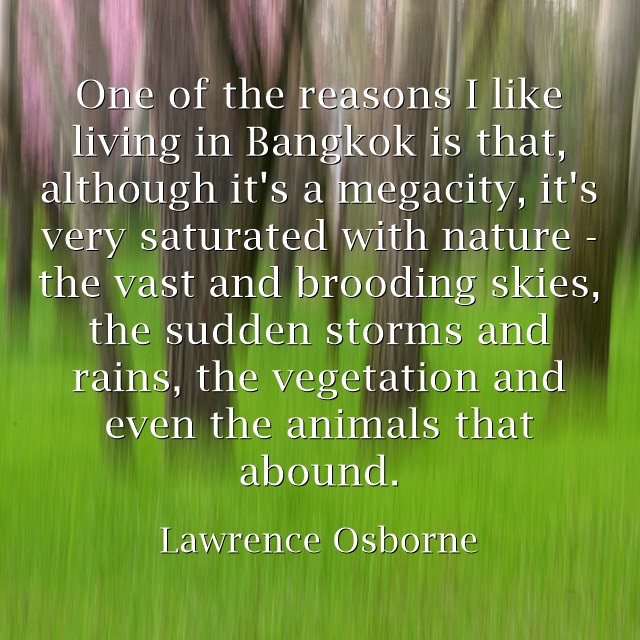 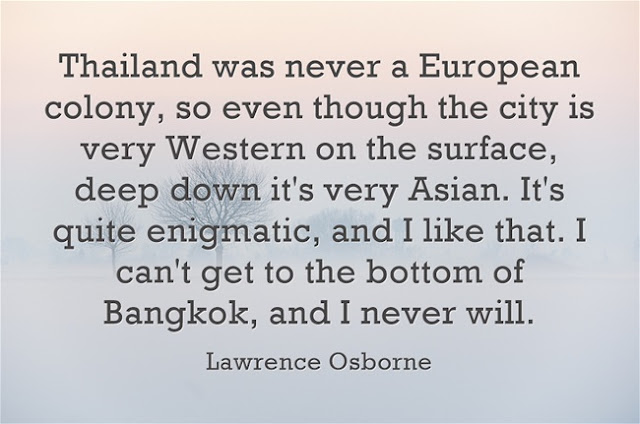 
"Thailand was never a European colony, so even though the city is very Western on the surface, deep down it's very Asian. It's quite enigmatic, and I like that. I can't get to the bottom of Bangkok, and I never will."


"One of the reasons I like living in Bangkok is that, although it's a megacity, it's very saturated with nature - the vast and brooding skies, the sudden storms and rains, the vegetation and even the animals that abound."


"Shopping in Thailand is super cheap and generally high quality. Bangkok is also safe. If you see anybody wearing camouflage holding a machete, don't be scared. They sell coconuts."


"I was born in Bangkok in 1968 and grew up in Southeast Asia with my Thai mom and my American father, who first came to the region to fight in Vietnam and stayed to work assisting refugees."


"If you are ...in Bangkok, you will find that people there will never speak to you without joining their hands. It's not that they are speaking to you like that because you are tourists. They even speak at their home like that."


"Bangkok is infamously mired in lurid contradiction, but it's also a city of subtle and distorted moods that journalism and film have hitherto mostly failed to capture."