Plot: Special agent Frank Castle had it all: A loving family, a great life, and an adventurous job. But when his life is taken away from him by a ruthless criminal and his associates, Frank has become reborn. Now serving as judge, jury, and executioner, he's a new kind of vigilante out to wage a one-man war against those who have done him wrong 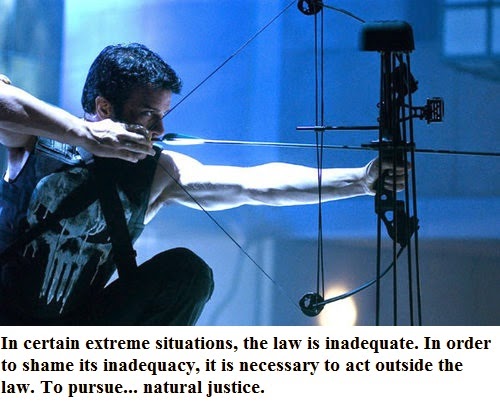 [cut to later, as Frank prepares his weapons for the final attack on Saint's gang]

The Punisher: Two: Frank Castle is dead. He died with his family. Three: in certain extreme situations, the law is inadequate. In order to shame its inadequacy, it is necessary to act outside the law. To pursue... natural justice. This is not vengeance. Revenge is not a valid motive, it's an emotional response. No, not vengeance. Punishment. 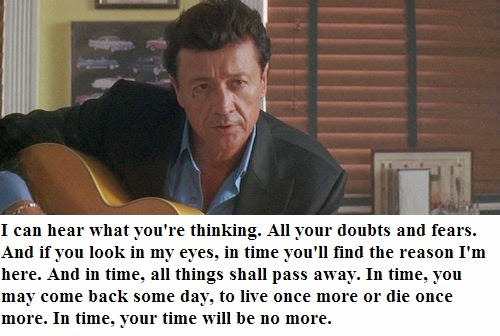 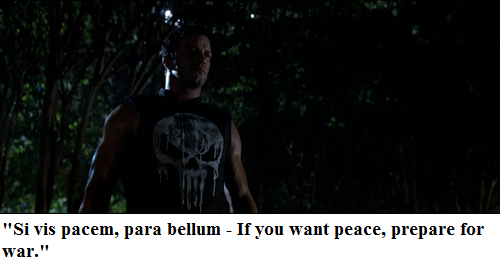 Frank Castle: It's been five months since my family was killed. I don't see ONE man in jail.

Frank Castle: Upset? Is that the word? I used to get upset. When I got a flat tire when a plane was delayed. I used to get *upset* when the Yankees won the series. So if that's what upset means, what am I feeling now? If you know the word, tell me because I don't. 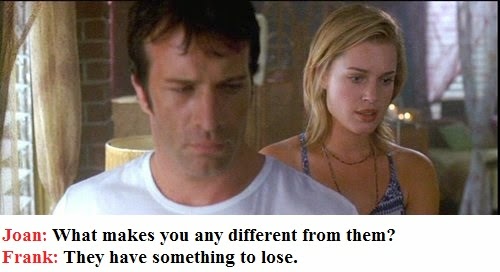 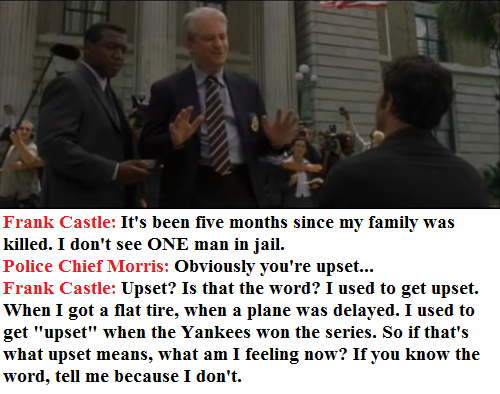 [Frank approaches a mortally wounded Saint, and throws down pictures of Quentin with his boyfriend]

Frank Castle: I made you kill your best friend.

[after a pause, Frank throws down Livia's earring]

Frank Castle: I made you kill your wife. 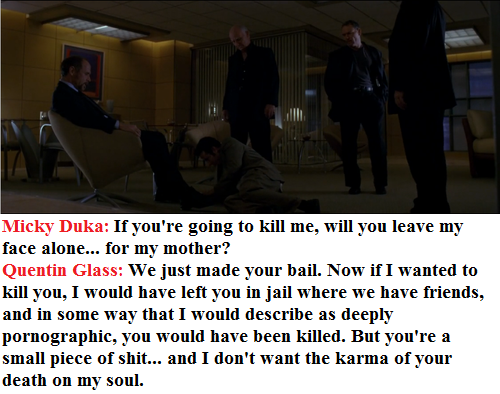 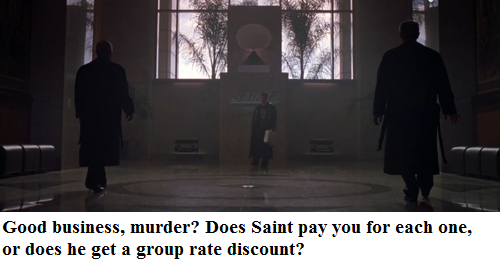 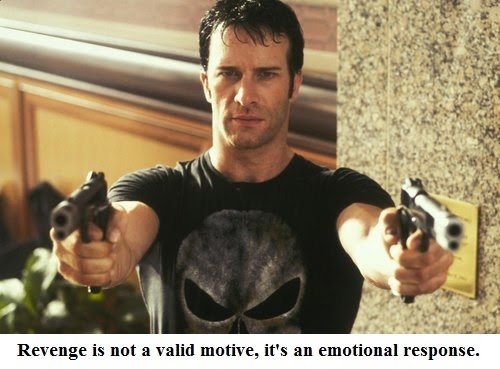 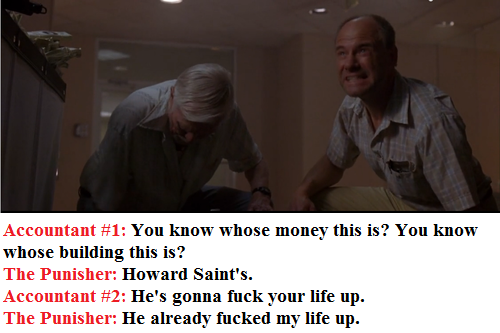 [Frank finds John Saimt, wedged underneath a fallen desk, with only one arm free. John desperately tries to reach his gun, Frank slides it away]

Frank Castle: You look like a strong kid. You must work out. Ever try isometrics? This antipersonnel mine weighs eight pounds. Not much, but try holding it with an outstretched arm.

[He places the mine in John's hand, then ties its trigger to a rail overhead]