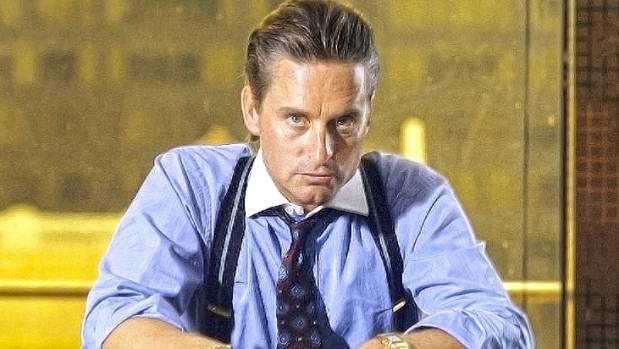 Greed, for lack of a better word, is good. Greed is right, greed works. Greed clarifies, cuts through, and captures the essence of the evolutionary spirit. Greed, in all of its forms; greed for life, for money, for love, for knowledge has marked the upward surge of mankind.
—Gordon Gekko, Wall Street (1987)

Greed has poisoned men's souls, has barricaded the world with hate, has goose-­‐stepped us into misery and bloodshed.
—A Jewish Barber, The Great Dictator (1940)

It's the sweat and blood of the little men that makes this country the great country that it is, not the greed of the so-­‐called big ones. —Lucky Randall, Saddles and Sagebrush (1943)